The robots are coming! When they do, you’ll command a host of push-button servants. | Modern Mechanix, 1957
–
Abstract
Robots should not be described as persons, nor given legal nor moral responsibility for their actions. Robots are fully owned by us. We determine their goals and behaviour, either directly or indirectly through specifying their intelligence or how their intelligence is acquired. In humanising them, we not only further dehumanise real people, but also encourage poor human decision making in the allocation of resources and responsibility. This is true at both the individual and the institutional level. This chapter describes both causes and consequences of these errors, including consequences already present in society. I make specific proposals for best incorporating robots into our society. The potential of robotics should be understood as the potential to extend our own abilities and to address our own goals.
–

All Theory Tuesdays sessions are free and open to the public, however it’s encouraged that you read the relevant PDF before attending.

Theory Tuesdays is a non-academic platform for theoretical discussion founded, organized and coordinated by artist Philip Matesic since 2009. Participants read beforehand then discuss art, design, literary, cultural and critical theory texts on a weekly basis, with the texts selected and introduced each week by a different person. The platform has operated under this «Each One, Teach One» philosophy since its conception. For the Theory Tuesdays session on April 4 at Kunsthalle I’ll present:
o
Martin Herbert: Tell Them I Said No
Sternberg Press 2016
This collection of essays by Martin Herbert considers various artists who have withdrawn from the art world or adopted an antagonistic position toward its mechanisms. A large part of the artist’s role in today’s professionalized art system is being present. Providing a counterargument to this concept of self-marketing, Herbert examines the nature of retreat, whether in protest, as a deliberate conceptual act, or out of necessity. By illuminating these motives, Tell Them I Said No offers a unique perspective on where and how the needs of the artist and the needs of the art world diverge. Essays on Lutz Bacher, Stanley Brouwn, Christopher D’Arcangelo, Trisha Donnelly, David Hammons, Agnes Martin, Cady Noland, Laurie Parsons, Charlotte Posenenske, and Albert York.

Martin Herbert is a writer and critic living in Berlin. He is associate editor of ArtReview and writes for international art journals. Previous books include The Uncertainty Principle (2014) and Mark Wallinger (2011). 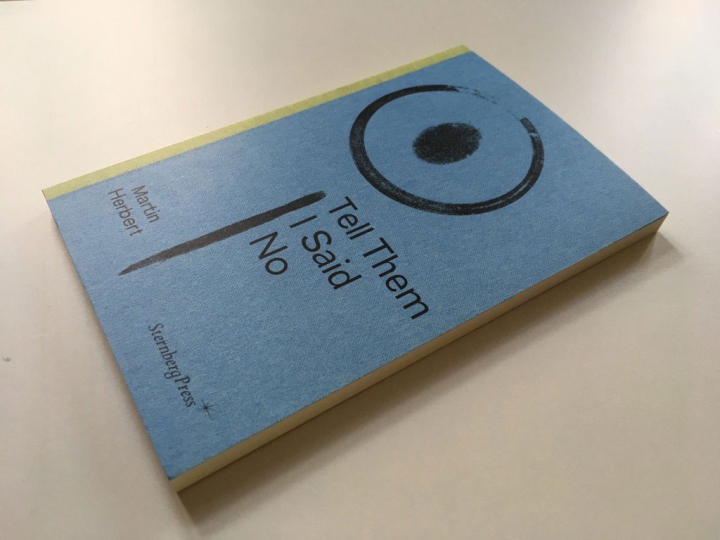 All Theory Tuesdays sessions are free and open to the public, however it’s encouraged that you read the relevant PDF before attending: http://theorytuesdays.com/wp-content/uploads/2017/02/Tell-Them-I-Said-No-Herbert.pdf 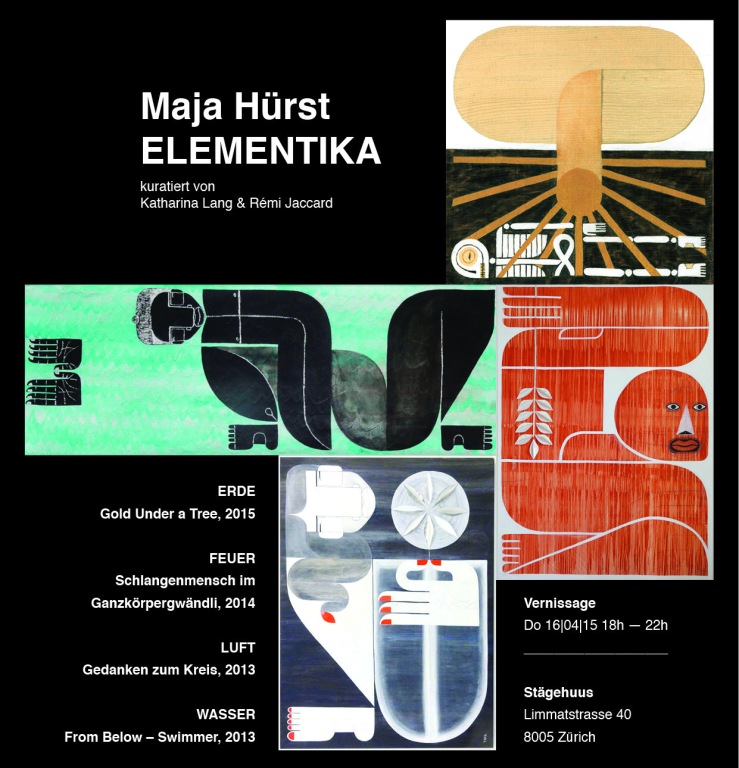 During this Theory Tuesdays session, Rémi Jaccard will present The Artist’s Reserved Rights Transfer And Sale Agreement by Seth Siegelaub and Bob Projansky from 1971. 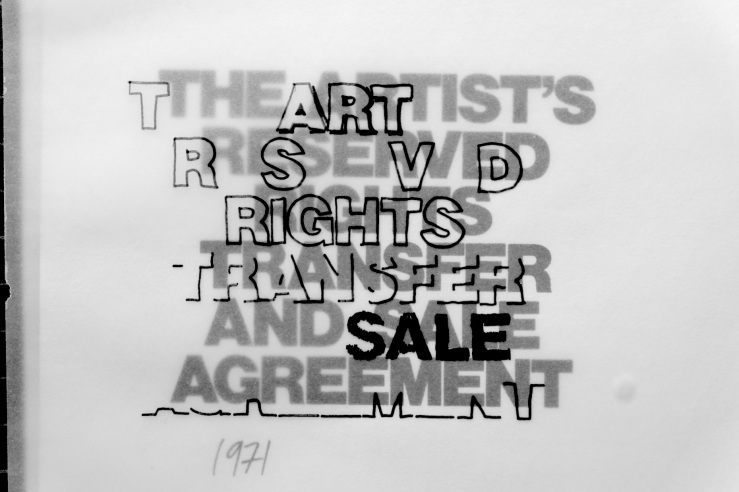 «In the seminal Artist’s Reserved Rights, Transfer and Sale Agreement, drafted in 1971 with the lawyer, Bob Projansky, the legendary Conceptual art dealer and curator, Seth Siegelaub created a model contract for artists to protect their economic and authorial rights when selling their work. This legal document/manifesto also known as The Artist’s Contract (which would prove to be Siegelaub’s final gesture as a dealer/curator) contains many controversial and forward-looking conditions. In particular, it provides that artists should be compensated at the time of the re-sale or transfer of their work if it has appreciated in value and are able to control the public exhibition of the work following its transfer. Siegelaub and Projansky further stipulated that the Artist’s Contract should be legally binding upon future owners of the artwork through its repeated ratification linking collectors to the artist in a chain of covenants.»
-Daniel McClean, moussemagazine.it

It’s encouraged that you read the contract beforehand to participate in the discussion. The session will be held in English.
Here is a LINK to find The Artist’s Reserved Rights Transfer And Sale Agreement in English, German, French and Italian.